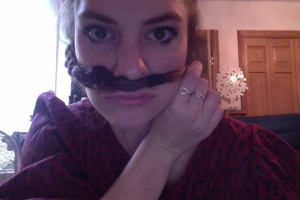 I’m afraid of a lot of things. To most people that know me well, this probably isn’t such a shocker, because you’ve likely seen me in action. Running, wailing, shuddering. It’s mildly ridiculous and embarrassing when I actually map it out in my head the amount of things that frighten me. It’s like if you went around and polled a bunch of random people and asked them, “what’s your greatest fear?” my answer would likely be everything they said plus about 45 more things. Some of my fears could stem from anxiety, which can get pretty intense at times, but some of what I’m afraid of is concrete. Concrete, I’m afraid of concrete and really heavy things, because what if they fall on you? and avalanches are scary…

but well… Let’s get started, because I need to get this off my chest.

Exhibit A. I have an EXTREME, unyielding, semi-debilitating fear of centipedes. I’m not talking I see one and I go “ew! someone! kill that thing please! off with its head!” No. I am already down the block, past the Dunkin Donuts and on my way to Memphis. If I see one, I bolt. And then I proceed to panic and hyperventilate and make a huge deal out of this little bug. I’m a human for God’s sake, I’m a million times bigger than it, get it together. But man, those things are gross, and they frighten me on a deep, profound level. If you’ve ever witnessed one of these exits, I’m not playing around here. I almost had to unfriend someone on Facebook that posted a picture of one recently. WTF ARE YOU DOING THIS TO ME FOR? I was affronted, galled, angry. Of course this person had no idea that I had to put my shaking hand on the screen to cover the picture while I clicked the “I don’t want to see this” button. And if you, centipede poster, see this, I’m watching you.

I’m also afraid of what I call “phantom centipedes” which can be anything from a feather to dust collecting on the wall to basically anything ever that might, maybe, COULD resemble a centipede. If I think I see one, my fight or flight sense says “kindly get the fuck out of here.” The other day someone said, “why don’t you show that thing who’s boss and conquer your fear, KILL IT, it will feel good!” And I either laughed at them or mean-mugged them, I forget because what an absurd proposal.

Exhibit B. I’m unreasonably afraid of heights. I watched the documentary “Man on Wire” awhile back (if you haven’t seen it, it’s CRAZY). This man is literally thousands of feet in the air on a flipping wire. WHAT. I think he’s the bravest man in the whole entire world. Balls the size of watermelons. This man was God to me. My stomach was in knots for the entire thing. I have no desire to sky dive, go to that Hancock observation deck (WHAT IF IT BREAKS?) or go to Six Flags. All of those things sound truly awful to me. #sorryimnotsorrybutiamscaredtho

Exhibit C. Anything that is unpredictable and flaps. So birds, butterflies, moths (ESPECIALLY). I do that thing where I run around and put my hands over my ears when there is a sudden, unexpected encounter. I helped my mom clean the birdcage once. BAD IDEA — one escaped. I know, this sounds really silly. And, in fact, it IS silly because I have a tattoo of a freaking bird flying out of a cage on my back. Ah, symbolism. Typing it out I’m like “Lauren, Oh God. TMI, TMI, Tee EM EYE.” It’s real, guys.

Exhibit D: Haunted houses and people dressed in scary costumes, especially ones that can sense and pray on my fear. I went to Dream Reapers when I was a freshman in college (yes, 18 or 19 years of age) and had to leave the line because some jacked-up dude in a clown costume wouldn’t leave me alone and made me cry.

Of course, I’m afraid of the not-so-easily-pinpointed, ambiguous things, too. Things that generally most humans are afraid of. I’m afraid of being alone, of being judged, of losing people I love, of making the wrong choice, saying the wrong thing. But I’m also afraid of crossing the street when cars are coming fast, getting burned by the lava inside a Hot Pocket and answering phone calls to strangers.

To be clear, there are things I am ~not~ afraid of: I am, after all, a strong woman. A feminist, a curious adventurer, a lover of the many possibilities this wondrous world beholds. But I have a checklist, and there’s many I didn’t list here, so let’s just make sure we get these things clear before you take me anywhere.